How to decrease the amount of false alarms & notifications

Flooded by false alarms? Let's fix that together.

Written by Peter Ocasek
Updated over a week ago

In Angelcam we believe it's crucial you - or someone you trust - is verifying all incident notifications as quick as possible, ideally under a minute, to be able to respond fast.

The big advantage of using Angelcam is you can use almost any sensor, alarm panel, panic button, doorbell or even build-in PIR sensor or motion analytics in a security camera as the event source.

Yet some of these devices are generating a lot of false alarms. The recordmans are  generating over 5.000 notifications a Month! Such a huge amount of false alarms can be still used for triggering event recording, while will generate "just" useless internet traffic.

👉Anything generating more than several false alarms a month is condemned to be ignored sooner or later. We actually believe you should target one false alarm a Month at maximum.

That's easy said than done 😇. Yet we are committed to help you to achieve it.

In general the only option how to get close to zero false alarms is combination of:

Most of these cameras are using very simple algorithms and can't detect a difference between a suspicious activity and e.g. rain, snowfall, a pet wandering.

➡ In general, we don't recommend to use security cameras with build-in motion detection as the source of notifications, unless it's advanced technology able to determine specific objects, typically humans and cars. We encourage you to use some other hardware with a low false alarm ratio, it's starting from $25.

2️⃣Sensors and alarms with no arming and disarming support, or not using that feature

➡ Use arming and disarming feature in our mobile app: 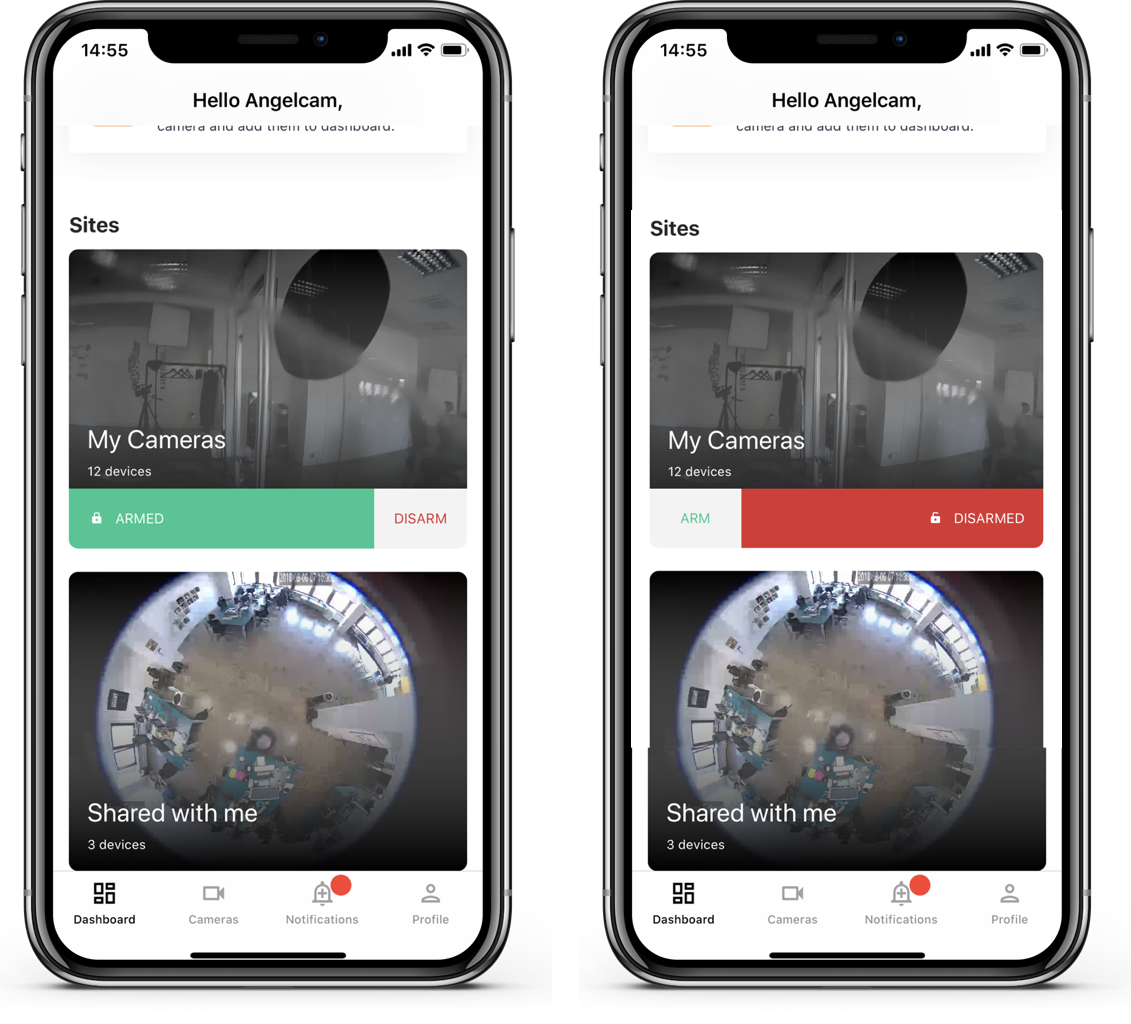 Some devices are reporting ongoing suspicious activity even every few seconds. While it help us to record a complete possible incident as one continuous footage, it doesn't make sense to bother with notifications constantly.

➡ Angelcam has build-in "Notification Timeout" feature that causes you will get notification less often if the event source is the same device repeatedly. To change the default value,  enter your notification settings and choose from a several options from 1 minute to 1 hour range:

A devices with PIR sensor monitor for the ambient heat emitted by all living beings. That’s why it’s sometimes referred to as “heat vision.” When a PIR sensor detects sufficient movement of these warm “objects” and/or a significant temperature differential between the object and the background scene, it signals Angelcam. While these devices are typically very reliable with a low amount of false alarms, most of them are still easy interfered by the varies of heat sources and sunlight.

➡ Lower the sensitivity, or consider to use PIR based sensors only in indoor which is the closed environment, avoid using PIR sensor close to air conditioner where cold wind or hot wind flow.

💡We are here to help

Mitigate false alarms is a crucial prerequisite for you having peace of mind and protect what you care about.

If you can't get rid of false alarms, please reach us and we will try to help.

Did this answer your question?